What Happened to the Fall/Winter?

What is up with the weather yo? I’m use to busting out the scarves, jackets and layering up a storm this time of year. Not being able to ride my bike in capris and a short sleeved shirt in January. I had to double check the calendar on Saturday when I went for my morning run and later bike ride. The calendar indeed said it was January. Either I’m crazy or California weather missed the memo that its mid-January and not April.

I’m not complaining because I love not having to deal with even worse traffic due to rain and excessive fog but can a girl get a little rain so I have an excuse to cuddle up on the couch and not leave the house? It’s not like I need an excuse but it sure would be nice to have one every once in a while. Sheesh. 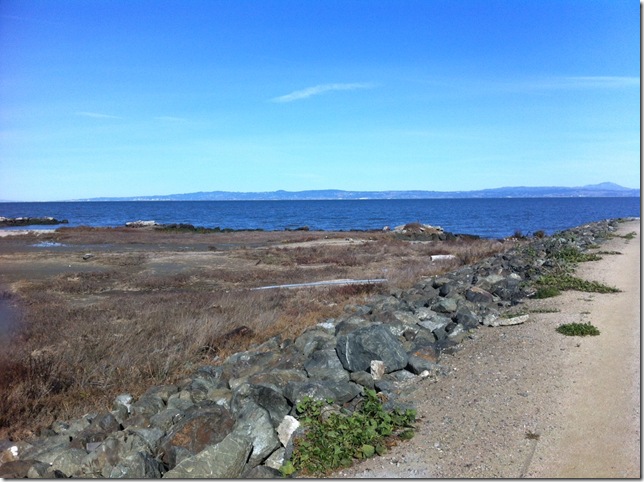 Since the weather decided it wanted to be gorgeous on Saturday I took advantage of it and did a practice 5k in preparation for my first 5k race this Sunday (!!!). I finished the 3.1 miles and then did a 1.4 mile walk back up to my apartment. I think I’m set for Sunday. I’m not fast by any stretch of the imagination but as long as I finish that is all that matters to me. I could barely run a block this time last year.

After my run I met up with a friend and we did a leisurely bike ride on the Bay Trail in San Mateo. After we were done we did what we do best; we went shopping. I didn’t find much except a red shirt. I’m boring I know.

But to make up for my boring clothing choices I made a delicious meal that I’m going to share with you tomorrow. It was easy, tasty and the leftovers got eaten and not thrown out. That’s quite a feat in our house. I’ve never really mastered the cutting a recipe in half so you don’t have enough to feed an army when in actuality only two people will be eating it. On about day 2-3 of leftovers I’ve had it with it and throw it out. It’s terrible I know – so my remedy is only make delicious things that will be devoured in 2.5 seconds flat. Kind of like this sweet potato with black beans, corn and salsa on top. It never stood a chance. 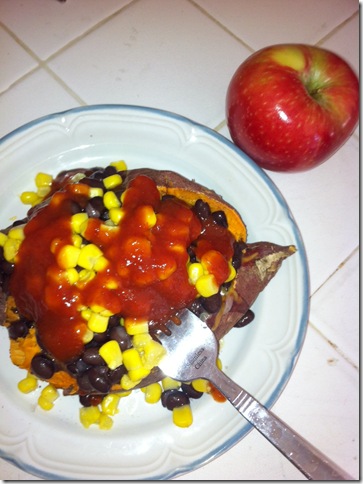 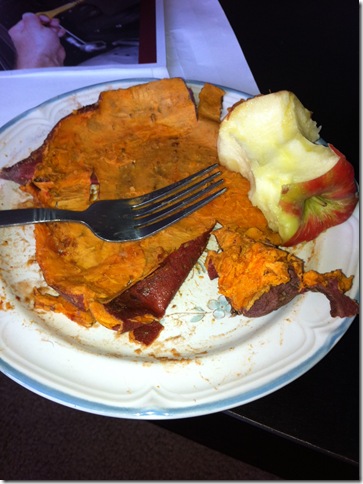 Comments Off on What Happened to the Fall/Winter?